I’m not exactly sure when it was, but for a period of time, I kept finding myself reading verses in the Bible about being in the fire or storm. Daniel 3:9-30, Isaiah 43:1-5, Matthew 8:23-27, the book of Job and others. I’m not sure what I thought at the time, but looking back, I can see that GOD wanted to prepare me that I would be going into the fire…a hot 🥵🔥 one!

Since October 22, 2015 I feel like I have been in the fire. That is on-going pain from surgery with no answers to why, spinal pain which was in the 7-8/10 pain levels for several years (as well as occasionally now, but regularly around 4-6/10 pain levels), for several years inability to get regular sleep, doctors unwilling to help, insurance denials, workplace falsely accusing me of theft, loss of beloved animals, mental breakdown, weakness in my legs taking my freedom to drive, autoimmune disease, noise/light/smell sensitivities, depression, migraine headaches…

; BUT GOD has been faithful throughout. Majority of the verses I continued to see over and over were about being in a fire or storm, BUT most importantly the verses were about WHO IS WITH US WHEN WE GO THROUGH THE FIRE OR THE STORM!

Isaiah 43:1-5 -But now thus says the LORD, He who created you, O Jacob, He who formed you, O Israel: “Fear not, for I have redeemed you; I have called you by name, you are Mine. When you pass through the waters, I will be with you; and through the rivers, they shall not overwhelm you; when you walk through fire you shall not be burned, and the flame shall not consume you. For I am the LORD your GOD, the Holy One of Israel, your Savior. I give Egypt as your ransom, Cush and Seba in exchange for you. Because you are precious in my eyes, and honored, and I love you, I give men in return for you, peoples in exchange for your life. Fear not, for I am with you; I will bring your offspring from the east, and from the west I will gather you.

In Matthew 8:23-27, the One who controls all things, including the weather, was in the boat with the disciples. JESUS calmed the storm with a Word.

For just over six and a half years, I have been in what feels like a fire that’s gotten a little bit hotter over time. I’ve learned that the key to not fearing is to know that GOD is with us through it.

I have also started to see that going through the fire is about healing and restoration. This happens when we surrender every aspect of the fires and storms to GOD and allow Him to use it for our good.

Today it occurred to me that maybe GOD wants to use the fires in our lives to give others life. I was reading a devotional about “heaping coals on the heads of our enemies” and remembered that in the past is was a blessing to give someone a hot coal. It meant they would be able to warm their house, cook food, warm water for drinks and baths, etc.

I’m not quite sure what it would look like to use the fire I am in to give life to others. Maybe instead of just existing in the fires we are in, we can look outside of our fires to encourage others who are going through it and we can pray for others asking GOD to show Himself in their fire.

How is GOD using the fires and/or storms in your life? What is He teaching you? Please let me know in the comment section.

Despite the fires in my life, I desire to see the Church, the Bride of Christ, united together in love. I desire to see the Bay Area to become the Valley of GOD’s Heart’s Delight. I’m not sure how I can be part of this, other than prayer, but I am at least asking GOD to use me.

Have you ever felt like you were studying for a test through the things that repeat over and over during a week or season? This past week, I was starting to get that feeling through the repetition in the devotionals, sermons, verses, and songs I was reading and hearing.

Devotional, sermon and verses on Delay! Delay! https://www.desiringgod.org/messages/even-when-it-hurts; www.crosswalk.com/devotionalsdesert/streams-in-the-desert-august-10th.html; and John 11:5-6 “Now Jesus loved Martha and her sister and Lazarus. 6 So, when He heard that Lazarus was ill, He stayed two days longer in the place where He was.” (NOTE THIS: Jesus Loved them, SO, therefore, He delayed going to them!)

And multiple devotions, verses and a song on walking through (or being in) the fire: Shadrach, Meshach, and Abednego in Daniel 3; The Refiner’s fire song + Malachi 3; and Isaiah 43:1-2. (NOTE THIS: GOD is not only in the fire with us, but He is the one who is stoking the fire to make it hot enough to refine us!)

The week was also a hot one in San Jose – we were in the 90’s five days in a row (which is a lot for us). On our hottest day, I went out for a walk right before the sun went down. I was amazed that despite the heat, a majority of the flowers were a more vibrant color than I had remembered them being the morning before.(NOTE THIS: the flowers were more vibrant after 5 days of 90 degree heat!)

I found myself talking to GOD about all the devotionals, sermon, verses and song that had come up in the week + my awe of how beautiful the flowers were after the heat. “LORD, should I be preparing for something? I really want to be able to walk or even ‘dance’ through the fire knowing You are with me. And I want to believe that You allow delay because You love me. Please help me to be more vibrant because of the heat if that is Your plan for me.” (NOTE THIS: DON’T pray a prayer like that if you really don’t mean it, because GOD will answer it!)

Myelogram (CT scan after dye is injected into the epidural sac of the spine). The prayer i was asking agreement for was “for GOD to clearly shine His light on whatever issues were going on in my body in a way that they would be clearly reported”.

The report shows I have issues with L3-L4 and an epidural lipomatosis (fatty mass) at L5-S1. On August 5, my doctor’s office sent out a request for authorization (RFA) for a 3 part surgery, hospital stay, commode, walker, medicine, back brace, bone stimulator for purchase, and post-op 12 session aqua therapy.

I was so excited to think I might be moving forward in my health situation. I also had an awesome dream several days after my surgeon said he would send out the RFA. In the dream, I walked without a cane. And it seemed so real that I was questioning if it was real or a dream.

Ohhh, and I forgot to mention, not

sure why I was asking prayer for “issues in my body” to be highlighted, but the CT scan also showed that I have metal surgical clips in the right upper quadrant of my body from the liver resection.

This is extremely interesting to me

since I still have pain since the liver donation surgery (from 10/22/15, see earlier posts). After checking details in the surgical report and asking the doctor at UCSF, I found out that there are clips and staples made of titanium. It was suggested that I get tested for titanium allergy.

It would be very weird to find out

that the continued pain is from a metal allergy, so very interested to find out if that’s the case. My Primary Care Physician is in the process of requesting the allergy testing for titanium.

Then they showed up at my door!

They being 8 large white envelopes from the insurance review board. )0; I knew instantly the bad news within. Sigh!

I wanted to cry, but instead took some deep breaths and prayed for GOD to help me to be strong. I opened each envelope that revealed another item on the RFA was denied and the last one opened revealed that the surgery itself was denied too. Yep, it was bad news. Denial hurts!

So how can I apply what I learned

earlier in the week? Jesus allows delays because He loves us. Maybe this is just a delay and not a complete denial. And even though I had already been walking through a fire due to increased pain again, it feels hotter now because once again I have no idea how long it will be before I experience some relief. This because I have had all the treatments available to me already except surgery (or healing straight from the LORD).

I have asked my attorney to appeal

for surgery and several other items that were denied. And the titanium allergy testing should be soon.

I know GOD is on His throne and He

is in control. I am trying my darndest to trust GOD. I know He loves me and ultimately, I want Him to get the highest glory from denials and delays.

saw. God took notice! Because we serve a God who never changes, you can be sure that God has heard your particular groaning and prayers. God hasn’t forgotten His promises to you. God sees what you’re going through, and God has taken notice of your individual life.” (From a devotional I was reading.)

13 I would have despaired unless I

had believed that I would see the goodness of the Lord In the land of the living. 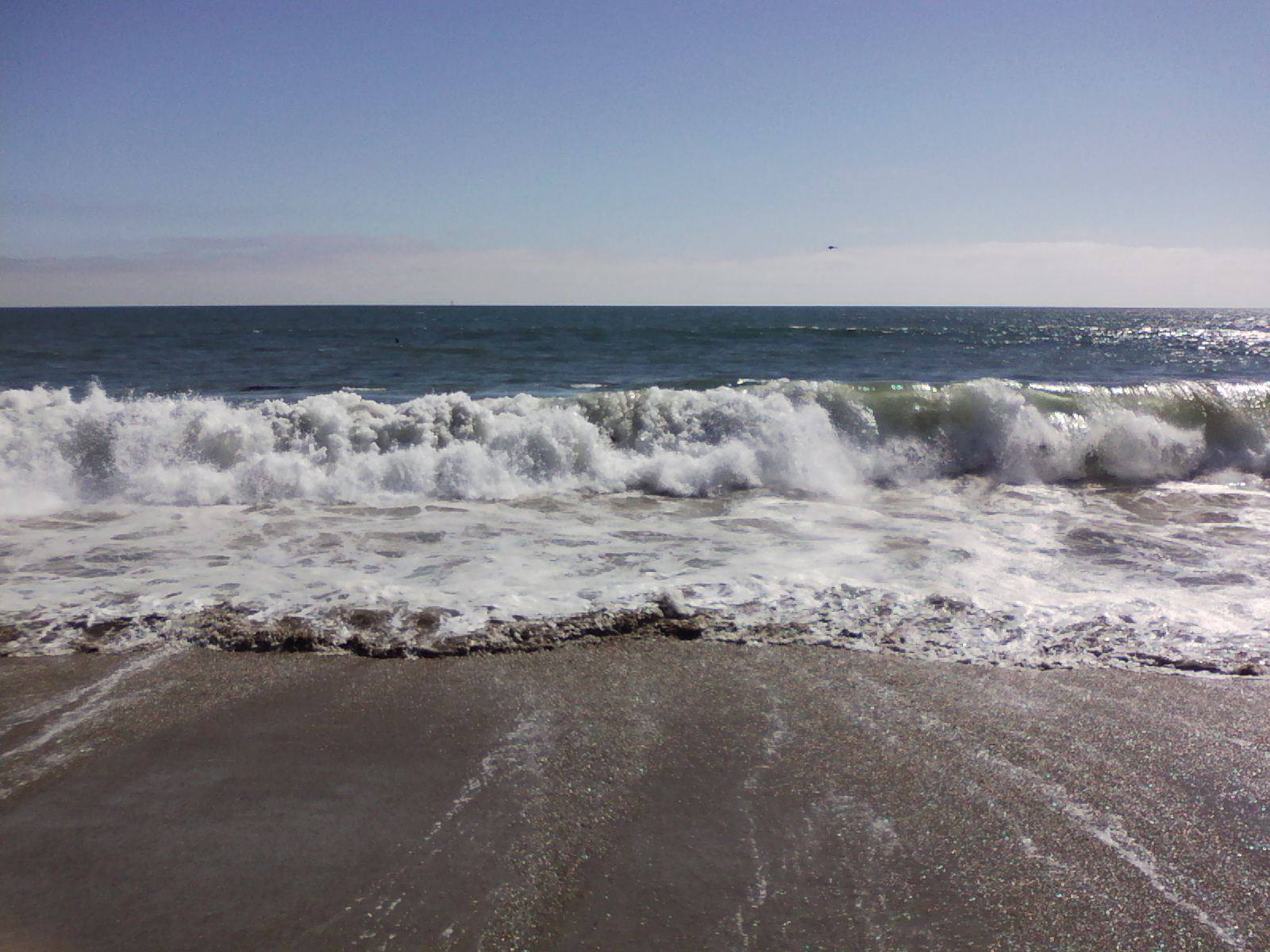